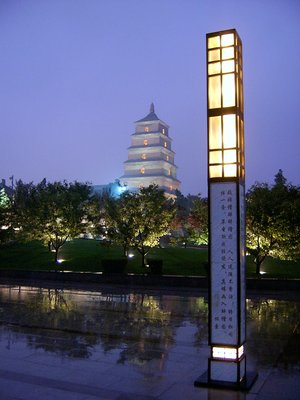 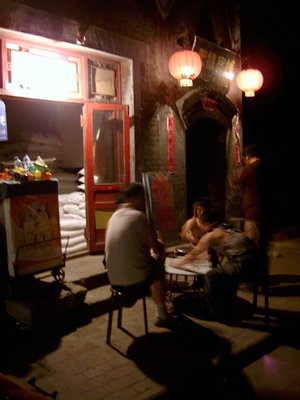 Some kind of warning? 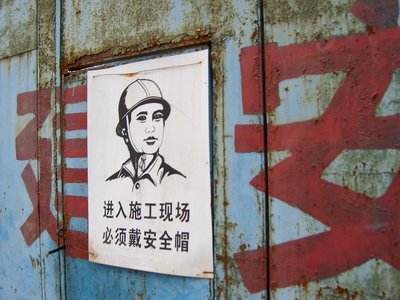 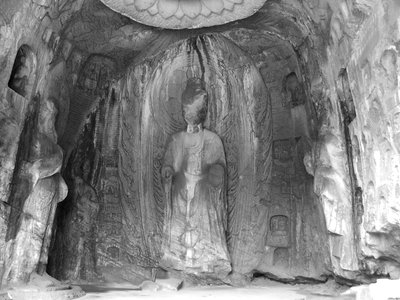 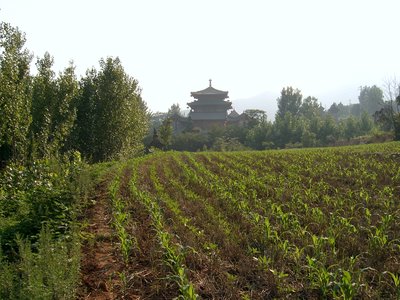 Arriving in Urumqi was like arriving in New York for the first time (except on a smaller scale: Urumqi is definitely no New York). Skyscrapers! KFC! Bright neon lights! Shopping malls! Motorways! Civilisation (kind of)!

That wore off after a while. The city wasn't particularly exciting. For the "Uighur Capital" it didn't have many Uighurs. The Han Chinese have moved in, and are now in the majority, getting all the good jobs and living in high rise appartments that have popped up everywhere. There's even an expat community, and a Curacaoan Restaurant (Curacao is a random island in the Netherlands Antillies, that's even more random than Urumqi..).

Our only reason for going to Urumqi was to meet up with Max, a friend of ours who would be travelling with us down to Shanghai (and provide help with the Chinese).

Anyway, after a little shopping and time wasting, we jumped on a bus to China's hottest place: Turpan (of Tulufan to the Chinese, who can't pronounce most Uighur names).
It was hot. Very very hot: 45C. Ouch.

In Turpan we signed up for a tour to see the sights, which was a huge mistake. The Chinese 'style' of tourism seems to be this: Hop into a minivan, get driven to a crappy and expensive attraction (places that are "symbolic" to the Chinese people, as all the real attractions were trashed in the cultural revolution, so basically there's nothing there except for a modern building), and then pay a fortune for this "privelidge".
We saw a hill, a empty cave, a grape farm, some modern buildings, and some mud. Great. Actually the mopsque wasn't too bad.

The next day we did our own thing. We rented bikes from John's cafe (legendary along the Chinese silk road), and cycled around. I got pretty sweaty in the heat, but we saw a lot more of Turpan. We met a Uighur grape farmer who showed us around, and even gave us some of his grapes (sour, wrong season).

Even Turpan is very "Chinesefied": the Uighur old town is reduced to the southern part of the city, and horrible dirty modern Chinese buildings are everywhere (they are white tiled, badly constructed and are never washed).

Sorry for the slow updates, Kyrgyzstan knocked us off track, and we're catching up (slowly).

To make up for it, here are some photos of China so far (proper explanations to come soon, I promise) 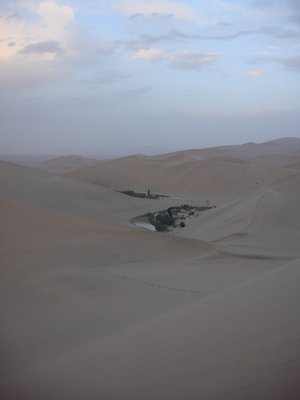 The Fort of Jiayuguan, last outpost of the Great Wall, and the traditional entrance to the Middle Kingdom: 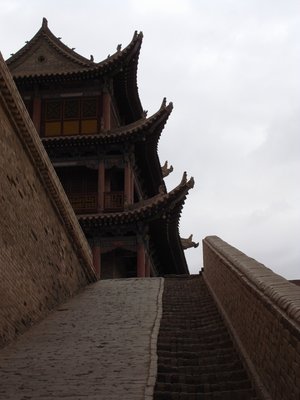 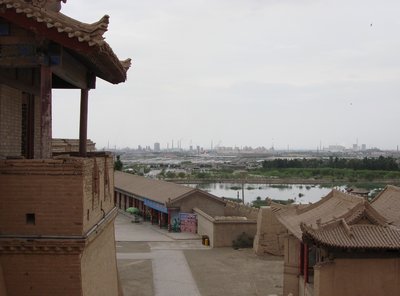 Xiahe, a Tibetain pilgrimmage site just on the start of the Tibetian Plateau (incredible): 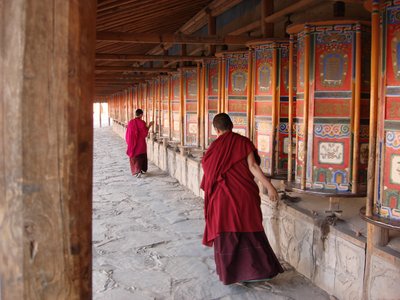 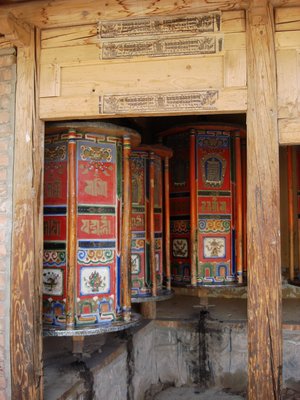 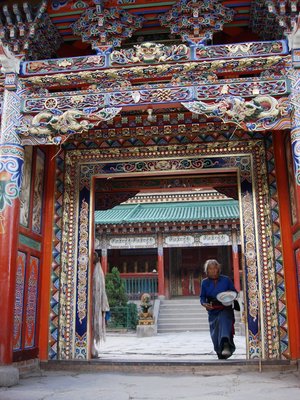 I like this one. Even Buddhist monks are human: 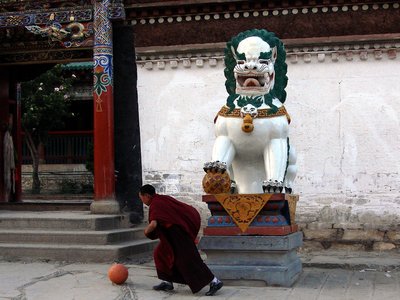 Kashgar, epicentre of the Great Game - the infamous 'cold' war between the British Empire and Tsarist Russia for domination of Central Asia - looks like any provincial Chinese city with a smattering of ossified Uigur backstreets. Having arrived through the parched foothills of the Pamirs, and energised by the tastiest plov (rice and meat) at the border, we were initially disappointed by the wide highways, shopping malls and encroaching Han (ethnic Chinese) colonisation. Nevertheless, we chose to stay right next to the old Russian consulate in a vain attempt to discover what Kashgar once was.

The warrens and back-alleys of the old town were genuinely atmospheric - once we delved deep enough behind the multitude of tacky tourist shops - as was the Id-Kah mosque overflowing with worshippers during Friday prayers. The Chinese presence can, however, be felt in the exorbitant ticket prices required simply to walk up some of the old streets, and less subtly with the giant statue of Chairman Mao (one, if not the, biggest in China)... We entertained ourselves by shopping around for the ubiquitous Uighur knives - which every man carries - and which are sharp enough to completely remove the hair on one's arm, as the stallholders were always happy to demonstrate!

The real highlight and purpose of our visit to Kashgar was the Sunday Market. Supposedly 50,000 people descend on Kashgar from all of Central Asia to trade horses, goats, sheep and cows as well as a multitude of goods - however since most of Central Asia lies hundreds of kilometres west of Kashgar beyond the Tian Shan and Pamir ranges, the crowd was almost exclusively Uighur and Chinese...

The next day we boarded the Kashgar-Urumqi train - a 23 hour, 1500km journey which turned out to be extremely comfortable despite being forced to eat a whole, raw cucumber for breakfast by a very generous fellow-passanger!